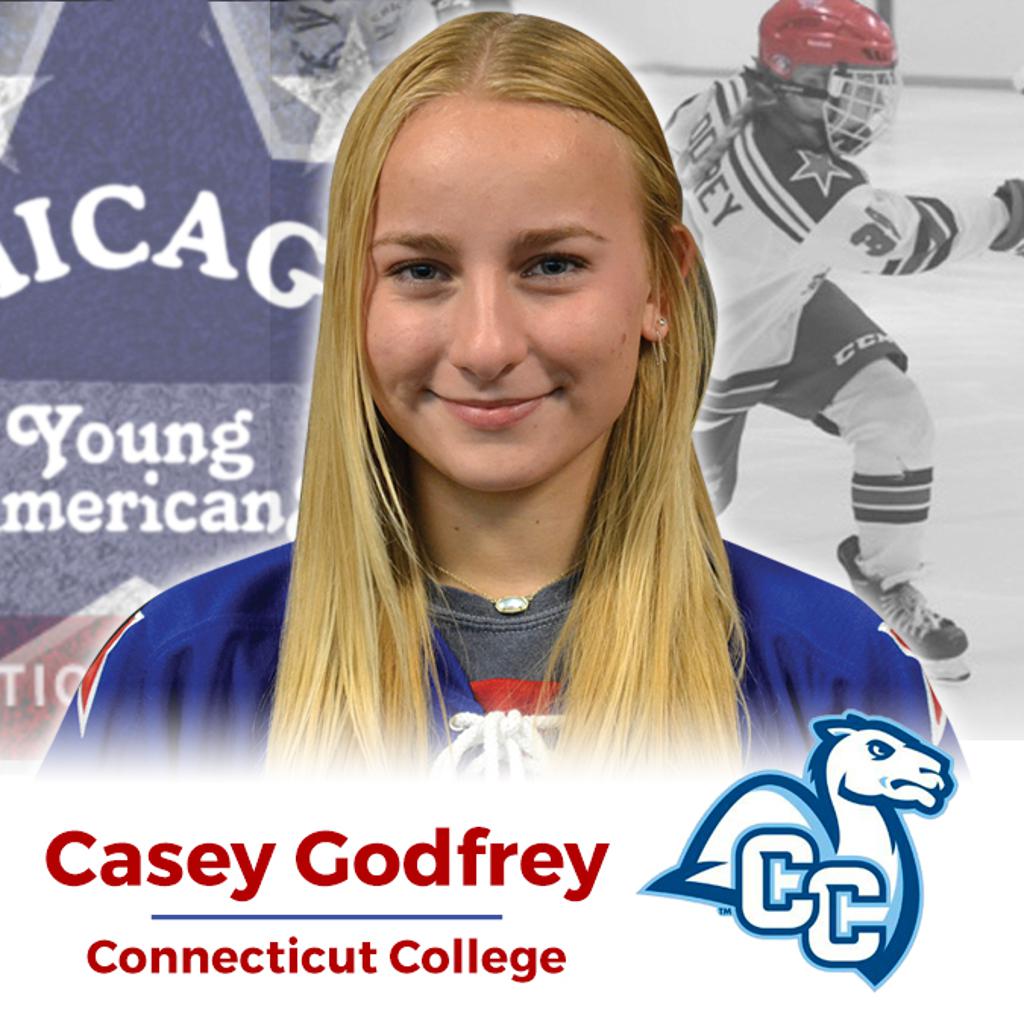 The Chicago Young Americans are excited to announce another commitment this season. Casey Godfrey will be heading New London, Connecticut to play NCAA Hockey for Connecticut College. Connecticut College plays in the highly competitive NESCAC, a league made up of schools that are also referred to as “The Small Ivy’s”. The Camels play their games on campus at the Dayton Arena.

“We are all so excited for Casey,” commented Cimba. “She had her sites set on Connecticut and did everything she needed to do both on the ice and in the classroom to make it happen. It’s that focus and drive that Casey has that will make her a success at the next level.”

“I really took my time with the whole process,” said Godfrey. “I visited schools all over the northeast and the midwest. I learned about what they had to offer both academically and athletically. Ultimately, after visiting the campus and spending time with coach Steele, I knew that Connecticut was where I wanted to be. I want to thank my family for all their support. I know the process took a while, but your unwavering support was with me every step of the way. I also want to thank all of my teammates. This year, above all others, has shown me how a team can really be a family, and how that family support can get you through anything.”

We are all so proud of you Casey!!