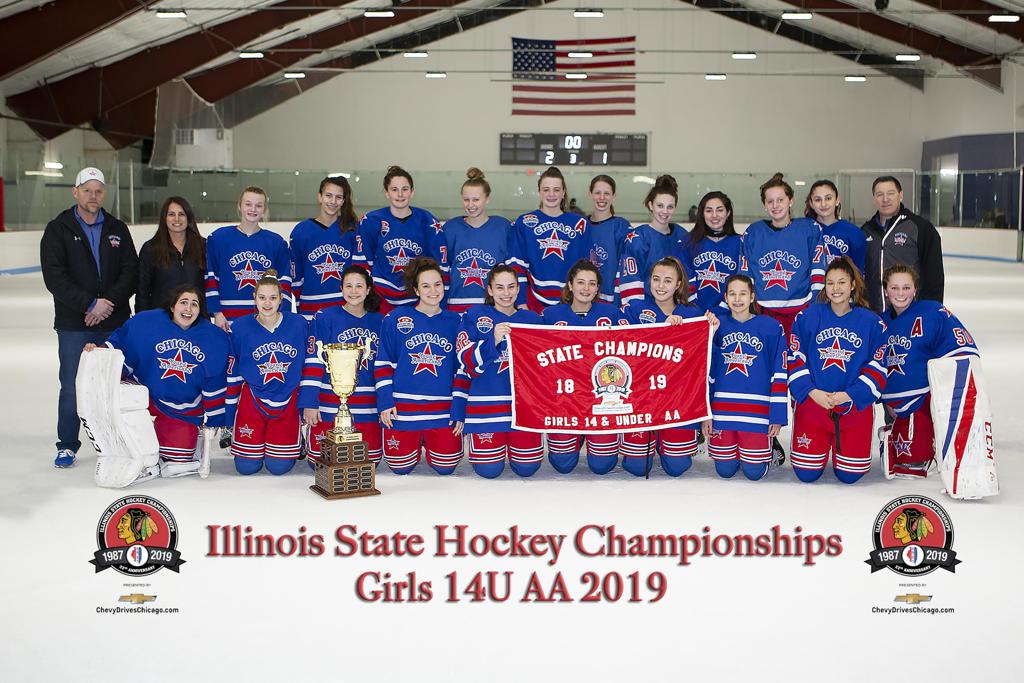 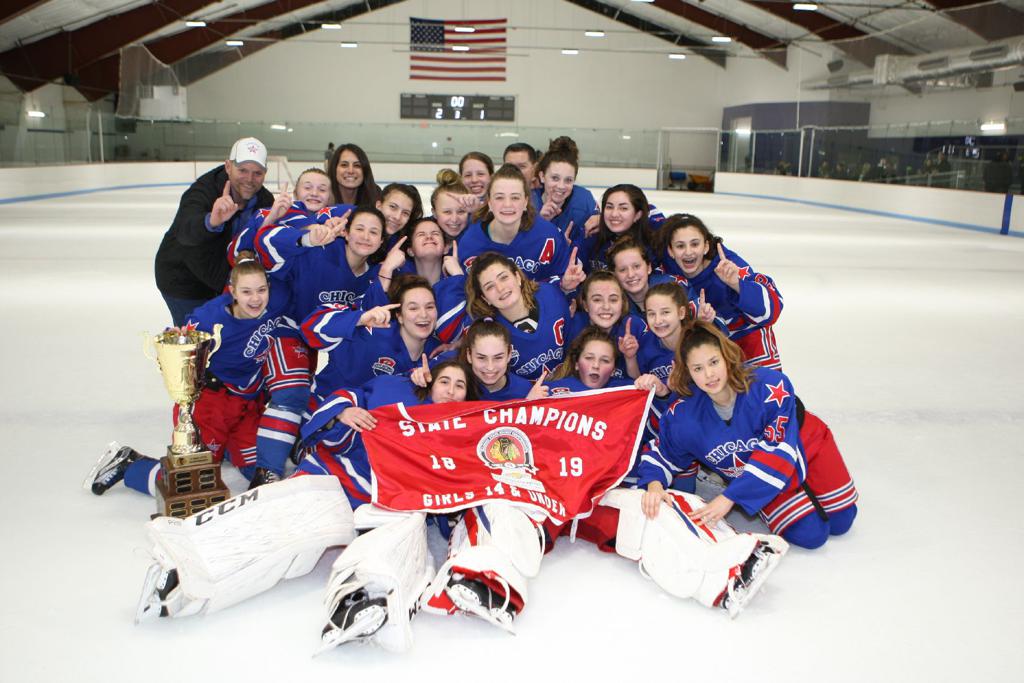 CYA Girls U14 squad has advanced to the USA Hockey National Championships (for the second year in a row, Bronze Medal 2018) in Irvine, CA. April 4th  to 8th.

To achieve this goal, the road was full of excitement and nail-biting endings.

First, the U14 s had to go through the Blackhawk Cup Round Robin 3-0-0. Next, they faced off against the Chicago Mission(#2 Ranked) in a best of three series.

After capturing the State Title, they went on the road to Missouri for the Central District Championships where they faced off against St. Louis Lady Blues  and Madison Capitals. They beat St. Louis 3-2 in an Overtime Shootout. They then went on to beat Madison 2 -1 to (finally) seal the deal to earn their spot at Nationals.